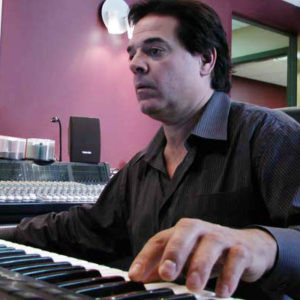 Steve Bartolotta started Markethold Productions, Inc. in 1994 and has worked in composition recording and production in the entertainment, sports, and automotive industries as well as for government, corporate, and non-profit organizations. Major companies include Sony, ESPN, Disney, CBS, The Buffalo Bills, Volvo, and many more.

I sat down with Steve to discuss how he ensures that interns and employees are doing work in their areas of interest while contributing to the company and how he creates a company culture that fosters creativity and the open exchange of ideas:

Jess: So we’re sitting down with Steve Bartolotta, the president of Markethold, talking about how when he hires interns and employees how he tries to find their strong suits and uses that to enhance their performance at Markethold. So go ahead and talk a little bit about that.

Steve: Well sure, you know, the challenge is always to try and keep people who are working for you motivated and try to keep them doing things that they enjoy doing as opposed to things they end up having to do. Every job has a number of things that have to be done that are not the most enjoyable but if you can keep, you know, a few things in there that people look forward to and keeps them motivated then obviously I think it’s a better work environment for everybody. For the person who’s working for you and also for the company in general because overall you have happier people. Now with regard to interns particularly, because we get so many inquiries for interns and our internships are not paid because we’re in fairly high demand as far as places that people want to work, so I feel an obligation to the intern to provide them with as much experience in the areas that they’re trying to learn in as possible. You know, some companies have been like “Oh you’re just an intern, you’re just gonna do whatever I need you to do,” you know? And certainly there is some stuff that’s like that but you know when you do treat interns like they’re slaves or something like that, that’s certainly not gonna motivate very many people.

Jess: So how do you maintain a balance between what actually needs to get done and making sure they get enough experience in their field of interest?

Steve: Well certainly first and foremost, you have to go by what the client’s needs are, you know, and if the client happens to be the company [because] in some cases with interns, because typically interns don’t work on paid projects while they may assist. So that drives what the company needs to do in terms of being able to provide services and then you try and fit the capabilities of the aspirations of the intern into that. So that drives it. Beyond that, I think that there’s a lot of opportunity within the type of work that we do and for people to take the bull by the horns and show what their capabilities are. If someone is particularly astute in something and I observe it I’m not beyond putting them in charge of something and letting them show me what they got, you know?

Jess: So would you say that typically you create positions based on the talent you have or you try to fit the positions you need with the talent?

Steve: You always try to fit the positions you need with the talent but I will alter a person’s job description if they’re…you know if they were hired for a specific purpose I will try and filter some of the work that they’re interested in to them if that’s what needs to be done. You can’t just hire people that you don’t have work for just because they happen to be good.

Steve: It’s a mistake that some businesses make. You can’t do it. I have, in the past, not had quite enough work to support someone but gone out and tried to find work on their behalf, so I do some of that just because you want…when somebody’s good you wanna try and get them to come on board but if you do make a steady diet of that that’s a recipe for success because your customers always drive what the work is, you know, what your customers’ needs are.

Jess: When you’re interviewing [prospective] interns or employees are there specific skill sets that you look for or a specific indicator to you that this would be a great employee to have?

Steve: The most important aspects to me are personality, creativity, and versatility, ok, on the front end. On the back end, attention to detail, obviously attentiveness, as far as like you know, being to work on time, you know, being appropriate, all that kind of thing. We’re not a huge company and I look at every additional employee as adding to our vault of creative talent. So when we add someone it’s because I think that they can improve what we’re doing overall as opposed to, you know, just sit there and listen and learn and there’s some of that obviously but if somebody is on board here it’s because I thought they had some qualities that would make a contribution to the overall.

Steve: There’s different ways to show your employees that you care about them and that you want them [there], but I just want an environment here that I would want to work in. So I want to not inhibit anybody’s creativity, I want people to feel like they can voice their opinions on things without being, you know, shut down or ridiculed for their ideas. And I want to create an environment that’s sort of low-key, I’m not a micromanager I’m not standing over anybody’s shoulder “Hey how’s that coming, how’s that coming, get that to me” unless we’re on a deadline or something. It’s more about like, you know, this is the environment, everybody’s kind of mellow and we’re just kind of doing our own thing and we’re feeding off of one another in terms of our creative abilities.

Jess: And then how do you bring the team together as a unit? Like you said everybody kind of has their individual roles and you give everyone the flexibility to do their own thing but then how do you make sure too that the company as a whole functions well?

Steve: First of all, when you are working in a creative field and people are in their own heads creatively,  it’s not productive for them to be interrupted on a regular basis so we don’t have a lot of meetings where, you know, everybody’s getting together and it’s like “I’ve got between 12:45 and 1:15 to be creative,” that doesn’t ever work usually for people. So first thing in the morning obviously we have breakfast together, that’s our chance to all kind of compare notes, talk a little bit about what we’re doing and we run down all the creative work that we have in process. And some of these jobs are very short term, they might be, you know, finished in a day. Other ones might be finished by the end of the week, they may a one or two week project, and others are ongoing projects that we conduct for our clients based on an overall need that they have. So reviewing that, making assignments, checking with the people who are working on it to see if they need help, guidance, or additional resources is always very helpful because it’s one thing to say you’re going to let people work independently, it’s another thing altogether to make people feel like they’ve been deserted and they don’t have any resources when they need help so it’s [an] important balance. I think most people feel comfortable enough [that] if they need something to come to me, I hope they do. You know I just think that getting people to work together is all about, like, respecting them and having them respect one another because if you’re working with somebody who you don’t feel is competent or is bringing the project down or whatever you’re not going to do a good job, you’re not going to get behind the project. And I have had situations where people have come to me and [said] “Hey, you know I think it would be better if this person did that” or whatever and I take that under advisement. But I always want to challenge people, I don’t want to do it to the detriment of the work but, you know. The answer to that question is more abstract than it is like it’s a formula. It’s more about like making people feel good and welcome and I think that’s how you get the best out of people. I want people to want to be here, to want to work here, you know? And one of the things that I’m a big proponent of, and I actually learned this from experience because I had some employees years ago when I had a partner that were very specialized, and one of the things that’s vitally important in a small company and in a creative company is that people are extremely cross-trained. So if someone has something that they need to leave for or someone’s not available or they’re booked up then someone else can fill their shoes. You know that culture of just helping one another out is rewarding to me. It’s almost like a father when they see their two kids playing together, you know what I mean? And I don’t mean to take a parental role over my employees, I don’t feel that way, but I do feel a sense of reward when I see somebody go out of their way to help someone else when they don’t have to do that because that means that some of the things that I’m trying to impart to people are making sense for them.

Check out more of our podcasts and keep up-to-date on everything happening at Markethold by following us on facebook!