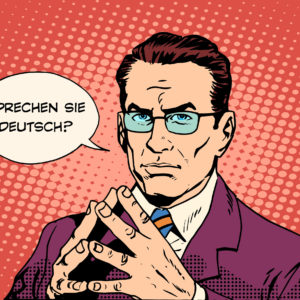 If you are considering using an animated video to sell a product, create an eLearning course, or develop marketing material, you’re probably wondering how to find a stand-out voiceover that will bring your animation to life. Read our tips on what you need to do to select the right actor for your animated voice over video.

Be Upfront With Language Requirements

If you need your animated video to be matched to several different languages, be very clear about your requirements. Not only do some obscure languages have less voice talent to offer, but each language has a different speed. In an animation video, voice over artists have a very specific amount of time in which to say their lines. Depending on the language, the artist may need to speed up or slow down their line to fit the specified time frame.

If Using Multiple Languages, Go With An Agency

When using multiple languages, and especially, multiple voice over actors for your animated video, it’s best to do business with a voice over agency. A voice over agency will handle relationships with all of the voice over actors, saving your company the need to coordinate multiple timelines between multiple unconnected people. When translation companies work directly with voice actors, they often end with a pile of audio they have no clue what to do with. Voice over agencies act as project manager to the voice over animation effort and streamline the process. When languages are voiced over in different locations, things such as tempo, volume, and compression will not be in sync. Variable microphones and studios account for the difference in sounds. An audio production company will normalize the audio, which gives a harmonious sound to each voice over as if it were one production.

Choose An Artist With Realistic Emotions

Find An Artist Who Can Voice Different Characters

Save yourself time, headaches, and most importantly, money by choosing a voice actor who can voice multiple characters instead of a different actor for each character. Voice actors usually charge a minimum fee for their service plus the cost of their job. Choose one actor and only pay the minimum fee once.

Have A Timestamped Script

It is the voice actor or agency’s job to match the voice over to the animation, not the animation company. The easiest way to do this is by providing your voice over vendor with a timestamped script or the finished animation. Actors know exactly how much time they have for their lines and can change their speed accurately.

Ready to Get Started?

Contact MarketHold today to discuss finding the right artist for your animation voice over video.