How To Choose Voice Talent For Your eLearning Voice Over Video 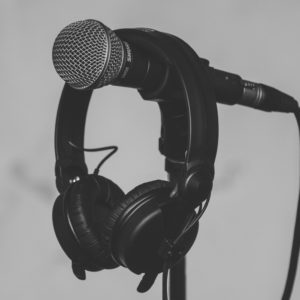 People are watching videos today more than ever before, making them a great medium for an eLearning course. Voice over video has been proven to be more effective than traditional eLearning methods due to it’s visual and engaging nature. The Pictorial Superiority Effect states that images and words together promotes greater general information recall than pictures or words separately. In fact, people tend to remember about 10% of what they saw in word format after three days compared to 65% of what was seen and heard using pictures and words.

You know you need voice talent to compliment your eLearning video, but how do you choose the right talent?

Psychology of a Good Voice Over Video

Before diving into how to choose the right voice talent, it’s critical to recognize the importance of professional and well-done voiceovers.

Using the right voice can make or break an eLearning video. Research has shown that adding voice overs to videos creates a more “human” feel, giving the audience the sense that the company is present and personable.

A clear and confident voice is much more likely to generate trust and credibility with the audience than a weak one. Think of the voice that says “stay clear of the closing doors” in a subway system. It’s authoritative, it’s clear, and people listen to it and take action according to the direction it gives. That should be the goal for your eLearning video – as something that urges viewers to listen and take action.

Ever watch a movie with terrible actors, and instead of focusing on the plot, you pay more attention to how poor the acting is? Voice overs are no different. Like actors, voiceover artists create a character using their tone, pitch, and inflection. The better the voice over artist, the more believable (and more trustworthy) the character and information they present.

The first step in determining voice talent is nailing down what character they are set to portray. Do you want a corporate voice? Male or female? Someone who is bubbly? An elderly and wise man? A child? Your character should fit both the audience and the subject. While voice actors can mimic a variety of voices, you’ll have the most luck choosing talent that has the natural character intonation you are looking for.

What If You Have More Than One Character?

Once you have clearly defined the character or characters you need, ask your voice talent provider for sample voices. After you listen to the samples, you may want to ask for a custom recording of talent you liked.

Pay Attention To The Details

What may seem like minor details, such as tone, pitch, and intonation, can play a bigger role in your voice over video than you think. For example, older generations sometimes have difficulty hearing or listening to those with higher pitches.

Leverage the experience and knowledge of your voice over provider if you need a voice over video created in a different language. If you are trying to appeal to a specific audience, choosing the right dialect is crucial.

Get Approval From Stakeholders

Some clients like to be involved in the eLearning creation process from start to finish. It never hurts to include your client in the talent selection process, especially if they know exactly what they want. Keeping them involved from the start will ensure they are happy with the results and will save you costly re-recordings.

Choose Voice Talent For Your Voice Over Video Today

Ready to start creating a powerful voice over video for your eLearning course? Contact us today to choose a voice over artist and discuss project ideas.