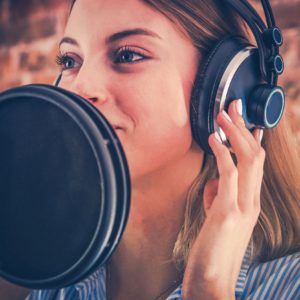 Finding the right voice over actor for your commercial can be a challenge, especially when you have a tight deadline. Good communication between the audio production company and the agency can ensure that your client will be happy with the outcome.

The first step in accurately casting voice talent for your commercial voice over is describing your character in its entirety. Voice talent agencies can do their job much better if they know what to look for in talent. You may want to consider sending a visual aid such as a stock photo of who you imagine the character to be.

Your character description should also match who your audience is. After all, you probably wouldn’t choose an old-school New York accent to do a voice over commercial in western Texas; the audience would have a hard time connecting. Here are a few items to consider when describing your character.

Demographic is what is most obvious when describing a character. Their age, gender, income, marital status, and where they live can all be factors in selecting voice talent. Different regions have different dialects, accents, and cadence of speech. Be as specific as possible with your demographic description.

Personality, attitude, and tone are next when describing your character. Use words such as bubbly, monotone, sultry, sophisticated, earnest, wise, haughty, jovial, quizzical, or genuine to describe your character. Are they a fast talker or slow and thoughtful? Do they speak clearly and eloquently or do they have a hint of vocal fry? Give your character a personality and make it that much easier to find a voice that fits.

Just like you’d bring a photo of a hairstyle you like to the salon, it’s also helpful to bring a few samples of commercial voice overs that you like. Agencies can better match the tone, pitch, and inflection of a voice if they have a few samples to work off of. Who knows, maybe you’ll get lucky and book the same actor or actress!

Once you’ve described your character, your voice over agency will give you a few samples of voice artists they think match your preferences. Narrow that selection down to 3-5 actors and ask for a custom read. In custom reads, you can hear exactly how an actor will sound reading your script. This is the best way to qualify your selection and reduce future costs for revisions.

Different Talent Base and Pricing

Actors that do commercial voice overs typically have a more conversational tone to their voice and are more comfortable doing short scripts than long ones, such as a script used in an eLearning campaign.

Commercial voice over artists also have a unique pricing system. Unlike other types of voice overs, commercial voices can rarely be completely bought out (unless it’s local talent in a local market). Instead, voice actors have to be paid according to which region the commercial will air in and for how long it will air. Take this into consideration when choosing talent, as costs can rise quickly.

Add Music To The Commercial

Most commercials have some kind of music playing in the background, but it’s important to choose music that doesn’t conflict directly with the voice. For example, it would be difficult to hear and understand a tenor voice if there were trumpets playing in the background.  If you are planning to add music to your spot, consider using an audio production company with composers on staff. Talent agencies, who strictly represent the voice artist typically do not offer music production services.

We are dedicated to providing the very best voice talent for your commercial. We have an impressive list of voice actors perfect for your next project and can walk you through the steps to get just what you’re looking for. Contact us today.