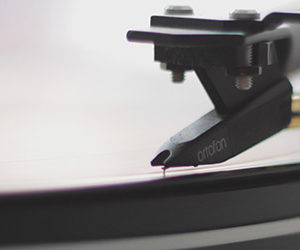 Jeanne Menafo, the Marketing Director of Markethold Productions, Inc., sat down with voice talent Wuzhi to discuss what it’s like to be a professional Chinese voice talent, common misconceptions about Chinese by region and dialect, and what you as a customer can do to make sure you’re getting the most from your Chinese voice talent.

Wuzhi was a national broadcaster and radio personality in China before coming to the United States to work as one of the nation’s top accent-free Chinese voice talents. He has done work as a reporter, broadcaster, writer, TV producer, and cameraman. In summation, a little bit of everything.

Check out the full interview with Wuzhi here:

Jeanne: I just wanted to ask you to share a little bit with us about your background as a voiceover professional and as an audio producer and maybe how you got into it? And just sort of an intro.

Wuhzi: Oh cool. Actually I was a national broadcaster in China, and after I graduated from broadcasting school. I started [as] a radio personality for a city in China and I thought “This is fun,” ten to 1,000 people can hear your voice and what you think and your thoughts [are] and [you can] share your personality with so many people. I think that this is cool. I went to school for Broadcasting and I’m trained for accent-free Chinese because in China there [are] hundreds of different dialects and if you speak with the local accent or dialect other people, you know people from the other regions, will be confused or sometimes they won’t even understand what you are talking about. So for such a big country they have…“accent-free Mandarin” you only can be trained to be accent-free, it’s not like it comes natural. If you are trained…your voice can be featured on TV or radio, you can be a TV host. So I went through the whole training process and became an accent-free Mandarin Chinese voice talent and TV host/broadcaster. From there I just built my career as a reporter/broadcaster/writer/TV producer/cameraman.

Jeanne: A little bit of everything.

Wuhzi: I guess, I guess so yeah!

Jeanne: So I’m interested in what you brought up about the neutral Chinese…that would be understood by people in every region of China?

Wuhzi: Yes. China, like the U.S., is such a big country. So you only can have an accent-free [talent] and actually I have a certificate. I have a certificate [which] indicates [that I am] an accent-free voice talent and [I] can be a TV host or a, you know, voice talent in China. [The certificate says] that everybody can understand what you’re saying, you can get the message across with no problem because everybody can understand that.

Jeanne: Has living in the U.S. affected that in any way? Has it created its own accent so-to-speak because you’ve been here for awhile?

Wuhzi: If you moved to the U.S. and  went to school in the U.S. in your very early age, like if you went to elementary school in the U.S. or middle school, high school, whatever you probably will [have a] very funny Chinese accent [but] everybody can tell you were probably born or raised in the U.S. For me, I came to the U.S. and went to graduate school, I [was] already an adult when I came to the country so that [wasn’t] a problem [on] any impact of my Chinese speaking. And accent-free Chinese is just in my blood, I have been through so many trainings doing voiceovers. I’m doing this every day, it’s not like I left China to come to the U.S. and live in the U.S. and my Chinese [would] just eventually fade out, [that’s] not the case because currently I’m a full-time voice talent.

Jeanne: Great. Yeah, that’s helpful. We often work with translation companies and they’ll ask us for “Simplified Chinese” or “Traditional Chinese.” We understand that as being a written language, but how do they translate into the spoken language? In other words, if I were to ask for Simplified Chinese, I would be asking for Mandarin, Cantonese…?

Jeanne: Yeah, well what if it was, for example, the audience was from Hong Kong?

Wuhzi: [An] audience from Hong Kong is Traditional Chinese, sometimes with some special characters. Like if you look at the UK English and American English. When you look at the script, it’s very hard to tell if they require for a British accent or if it’s just like an American accent and you just say, American is not an accent people think of English and they think of American English. However if you look at a script and [it says], “Do you want to buy a pair of trousers?” you will say, “Hm, that might be suitable for use for a UK accent.” So for Hong Kong, it will be Traditional Chinese. But if you see [that] there are some indicators [like the word] “trousers,” you would say, “Huh, this might be for British English then.” [So] if you see there are some special characters [in Chinese then] you will know “this is for Hong Kong.” It’s not like Cantonese or Mandarin.

Jeanne: So it doesn’t necessarily mean if somebody asks for Traditional Chinese that they’re asking for Cantonese?

Wuhzi: No, I would say 80-90% of the time there is still a need for Mandarin Chinese. So you can ask the client, “What’s your target market?” or you ask them… “Do you need Cantonese or Mandarin?” Sometimes clients don’t even know, they just need to record [a] script.

Wuhzi: You know, just from the status, billions of people speak Mandarin only. I don’t know the exact number…5%? I mean 10% of Chinese speak Cantonese. Like 90% speak Mandarin. Just [looking] at the number…if I’m a foreigner I would choose Mandarin.

Jeanne: Well thank you so much, I think that answers some of the questions we had on the table. Is there anything you think that, especially, that’s important to know when hiring a Chinese voiceover?

Wuhzi: I would say just watch out. Since the clients don’t understand the language it is hard to make choices. There are a lot of not very qualified vendors on the market. So [sometimes] clients think “Oh, you speak the language?” They think “oh yeah you’re from the country [so] let’s do it!” But [then] it turns out that maybe the person has a very heavy local dialect or they speak [with] a heavy accent and that won’t get the message across. I mean if [you can’t] really understand [the voice talent] it [won’t] give the company a very good image. If you [don’t] understand [the] language then you can’t tell but it [may turn out that it will not] meet your expectations. I do a lot of fixing stuff. The clients find someone, whoever speaks Mandarin, then to the end client you know, they hear it and the voice is very bad and they have to redo the whole thing [and] come back to me to fix and redo everything. It’s very time-consuming and it’s also more extra expense and not just for voiceovers, but for translations. Especially now people use Google [Translate] and do it word-to-word sometimes and it doesn’t make any sense. So I guess quality control and [finding] the right person to do the job is very important.

Jeanne: Makes sense. Thanks so much, we really appreciate your time and hopefully this information will help a few people like us.

Wuhzi: Thank you Jeanne I’m glad…I appreciate the work we have done together. Thank you and it’s been very nice talking to you too.

Jeanne:  Yeah, well we know you’re an expert and we’re always thrilled to come to you because we know we’re going to get a great product.

Check out more of our podcasts and keep up-to-date on everything happening at Markethold by following us on facebook!